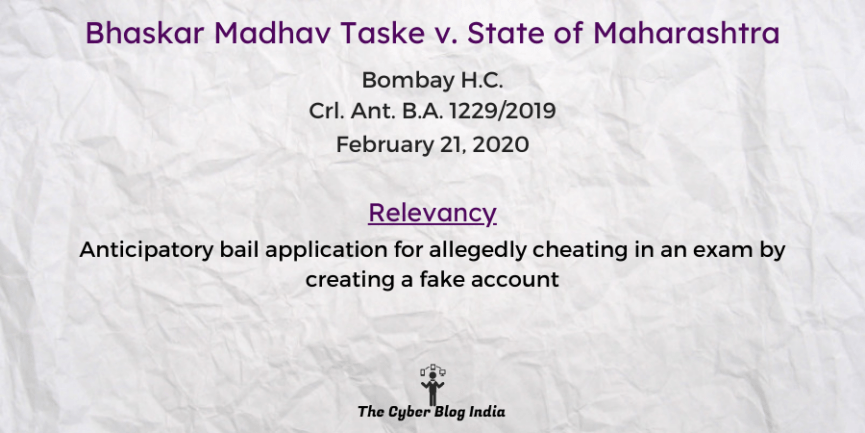 Relevancy of the case: Anticipatory bail application for allegedly cheating in an exam by creating a fake account