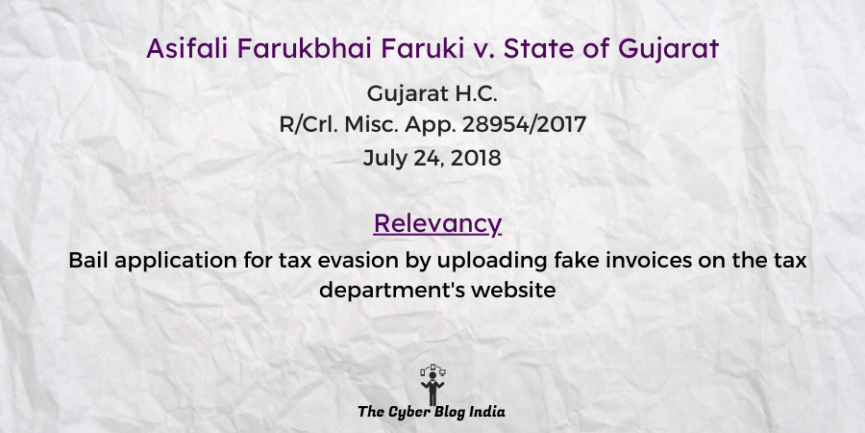 Relevancy of the Case: Bail application for tax evasion by uploading fake invoices on the tax department’s website