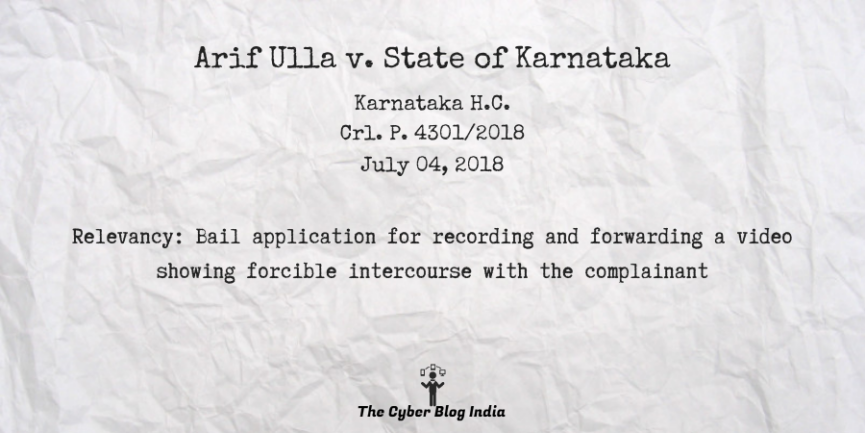 Relevancy of the case: Bail application for recording and forwarding a video showing forcible intercourse with the complainant