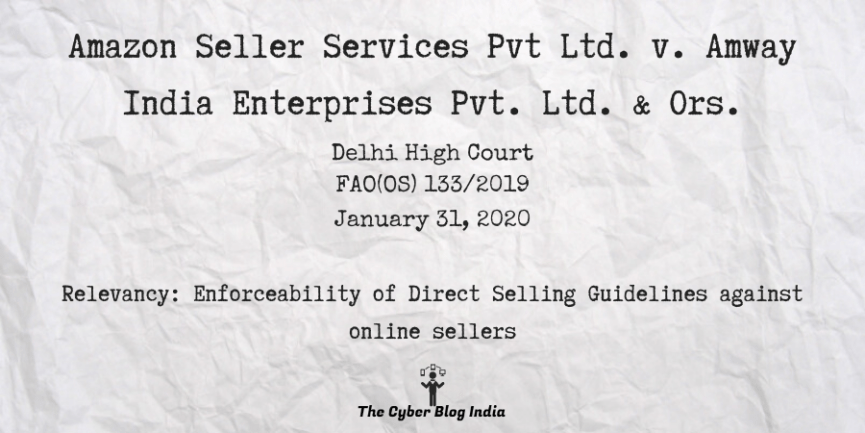 Relevancy of the case: Enforceability of Direct Selling Guidelines against online sellers.