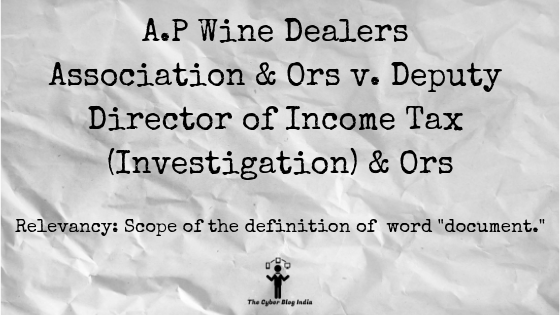 Relevancy of the case: Scope of the definition of  word “document”