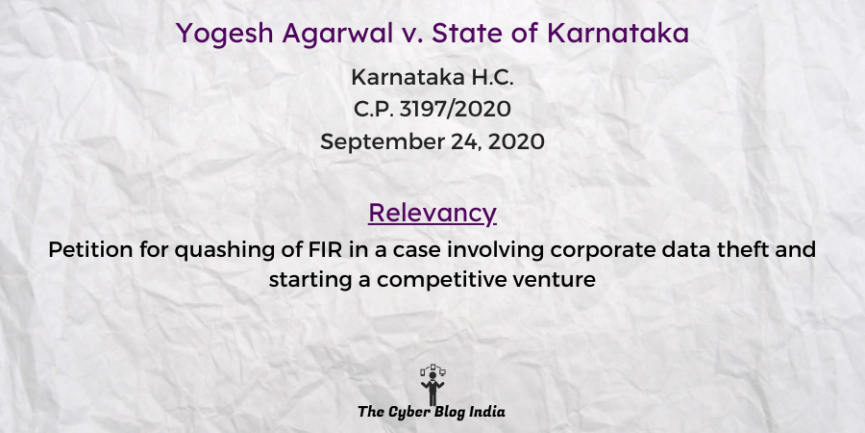 Relevancy of the case: Petition for quashing of FIR in a case involving corporate data theft and starting a competitive venture