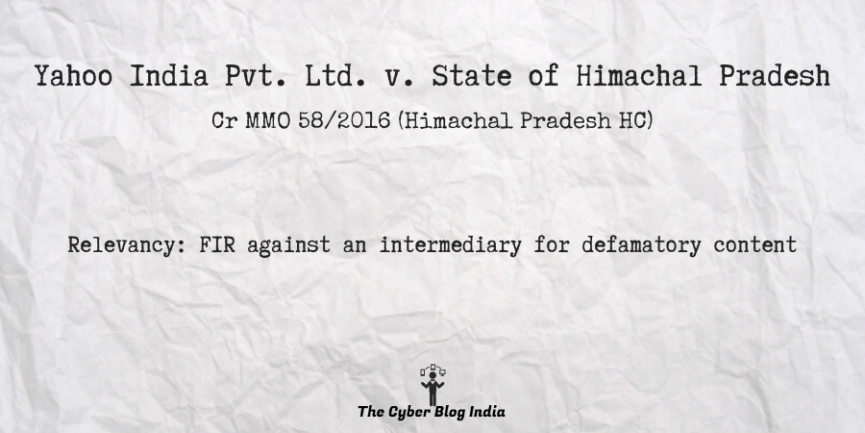 Relevancy of the case: FIR against an intermediary for defamatory content

The counsel for Yahoo India argued that the registration of the FIR was, per se, bad in law since it was in contravention with the provisions of Section 196 of the Code of Criminal Procedure, 1973. He further contended that his client had no mens rea to commit an offence and the essential ingredients of Section 505(2) of the Indian Penal Code are satisfied. He relied upon the fact that as per Section 2(1)(w) of the Information Technology Act, 2000, his client was merely an intermediary. He also mentioned his client is willing to pay a settlement amount of ₹1 lakh to the respondents.