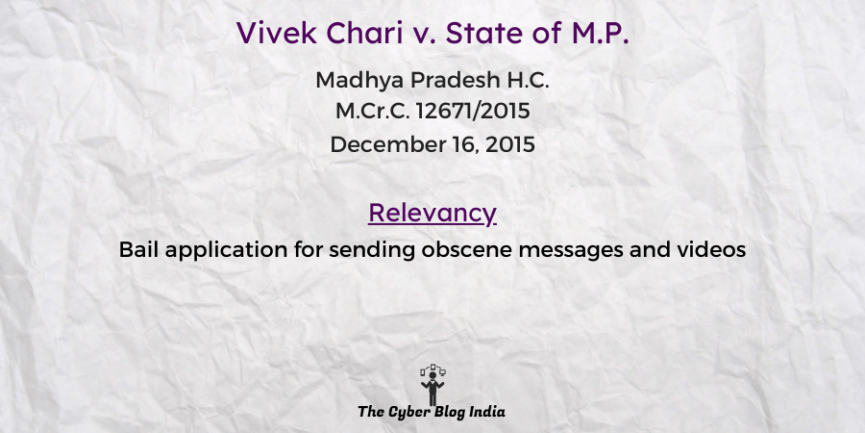 Relevancy of the case: Bail application for sending obscene messages and videos.