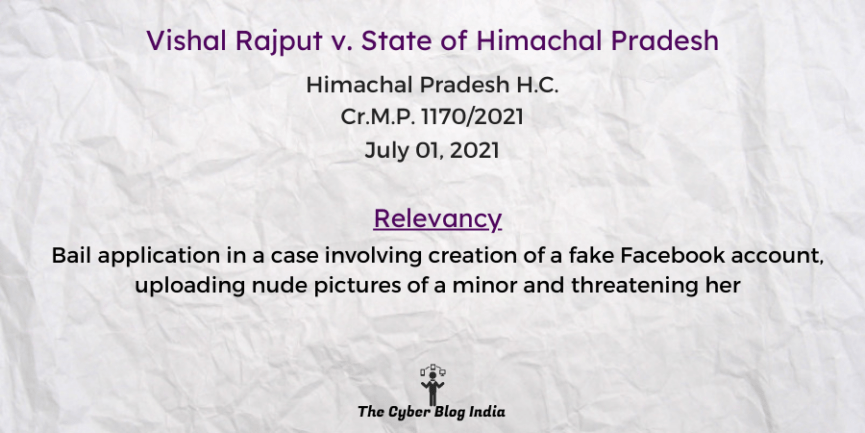 Relevancy of the Case: Bail application in a case involving creation of a fake Facebook account, uploading nude pictures of a minor and threatening her

Prominent Arguments of the Advocates

T S VS Nivedita, a postgraduate student at O.P. Jindal University, prepared this case summary during her association with The Cyber Blog India in January 2022.