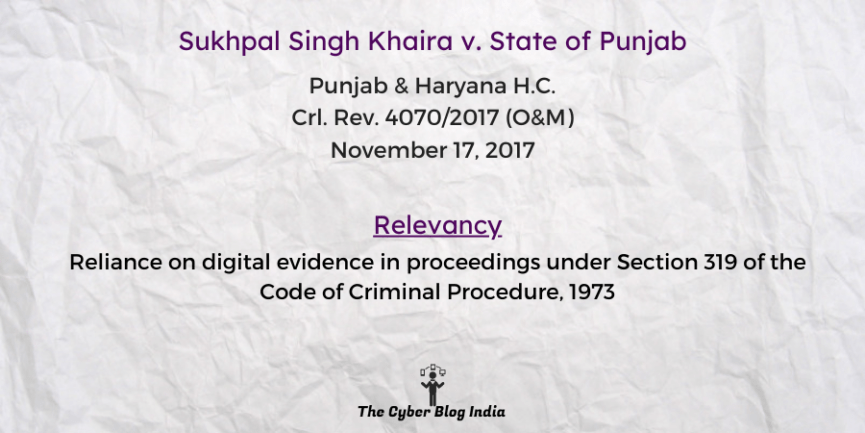 Relevancy of the case: Reliance on digital evidence in proceedings under Section 319 of the Code of Criminal Procedure, 1973