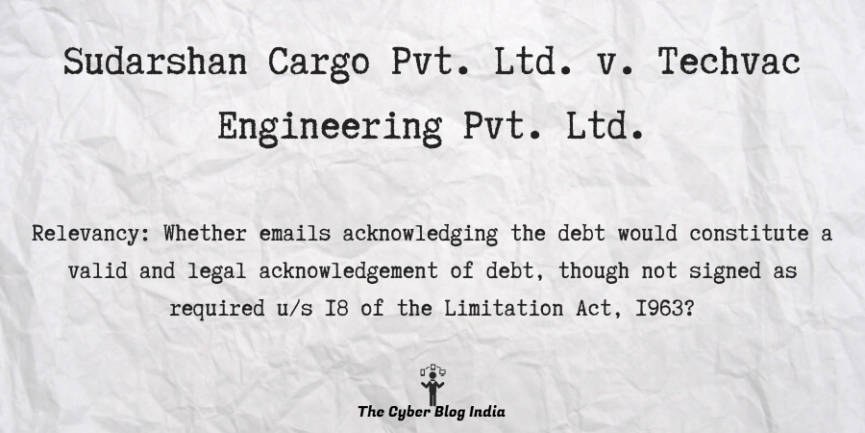 Relevancy of the case: Whether emails acknowledging the debt would constitute a valid and legal acknowledgement of debt, though not signed as required u/s 18 of the Limitation Act, 1963?