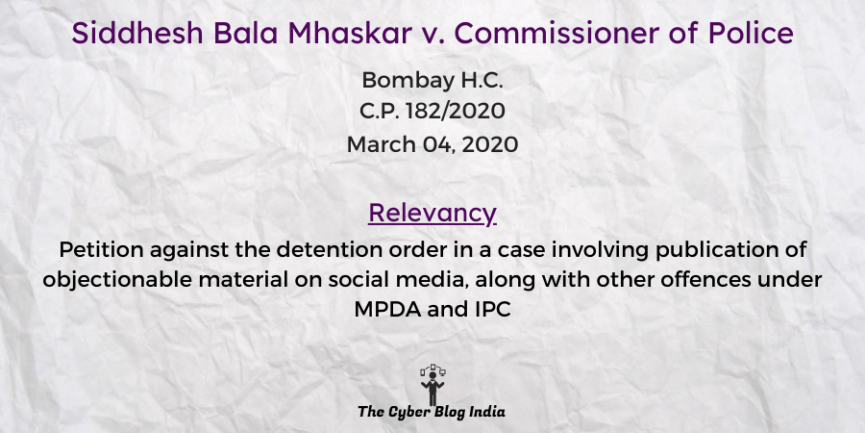 Relevancy of the case: Petition against the detention order in a case involving publication of objectionable material on social media, along with other offences under MPDA and IPC