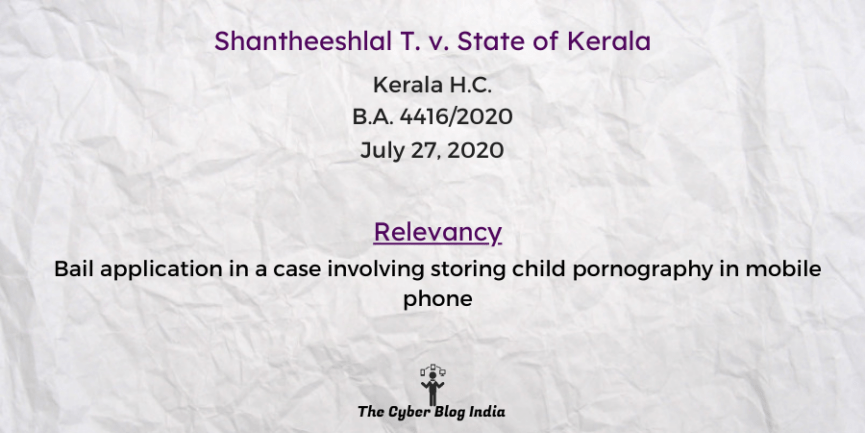 Relevancy of the case: Bail application in a case involving storing child pornography in mobile phone