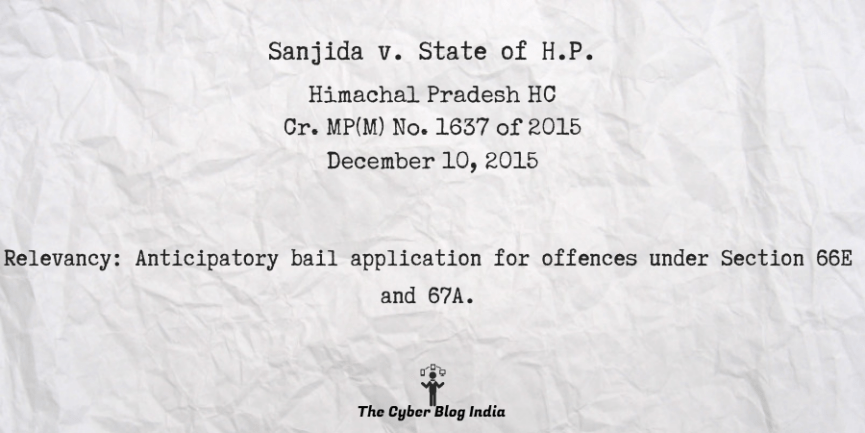 Relevancy of the case: Anticipatory bail application for offences under Section 66E and 67A