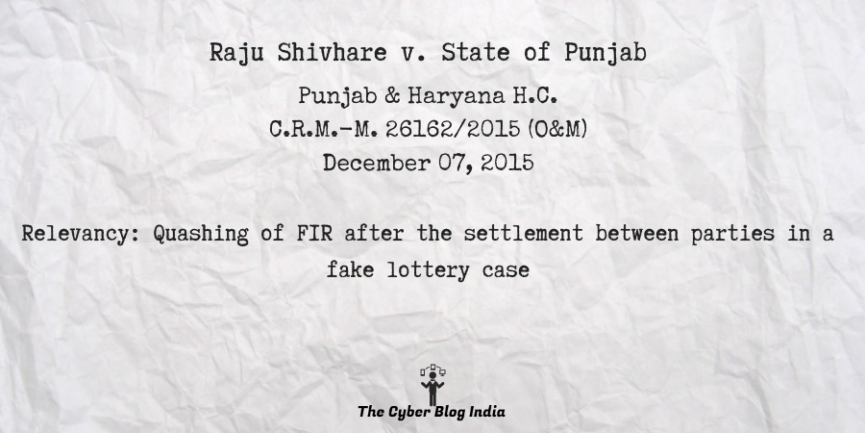 Relevancy of the case: Quashing of FIR after the settlement between parties in a fake lottery case