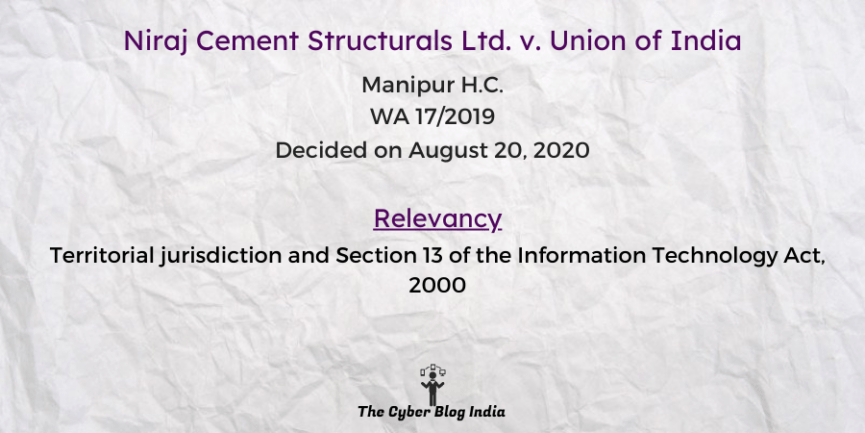 Relevancy of the Case: Territorial jurisdiction and Section 13 of the Information Technology Act, 2000