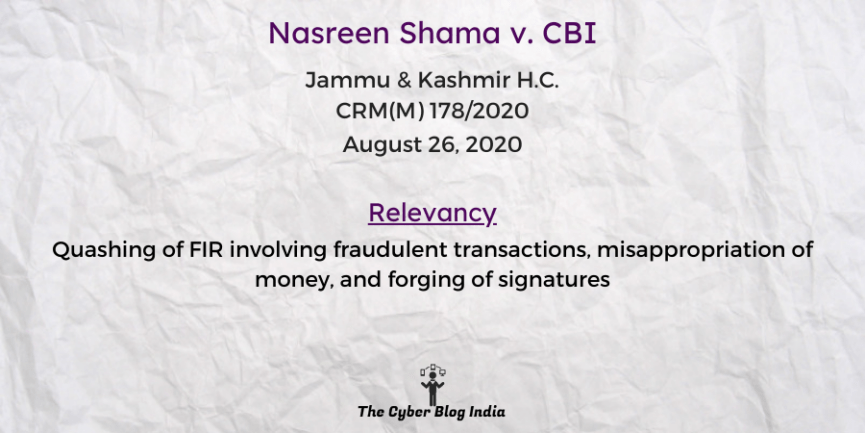 Relevancy of the case: Quashing of FIR involving fraudulent transactions, misappropriation of money, and forging of signatures

This case summary was prepared by Nandini Gadgil, an undergraduate student at DES Shri Navalmal Firodia Law College, Pune, during her internship with The Cyber Blog India during January/February 2021.