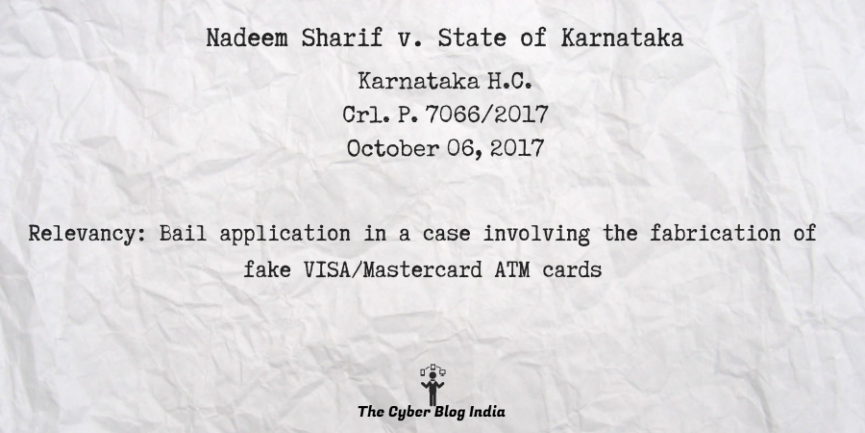 Nadeem Sharif v. State of Karnataka
In the High Court of Karnataka
Crl. P. 7066/2017
Before Justice Rathnakala
Decided on October 06, 2017

Relevancy of the case: Bail application in a case involving the fabrication of fake VISA/Mastercard ATM cards