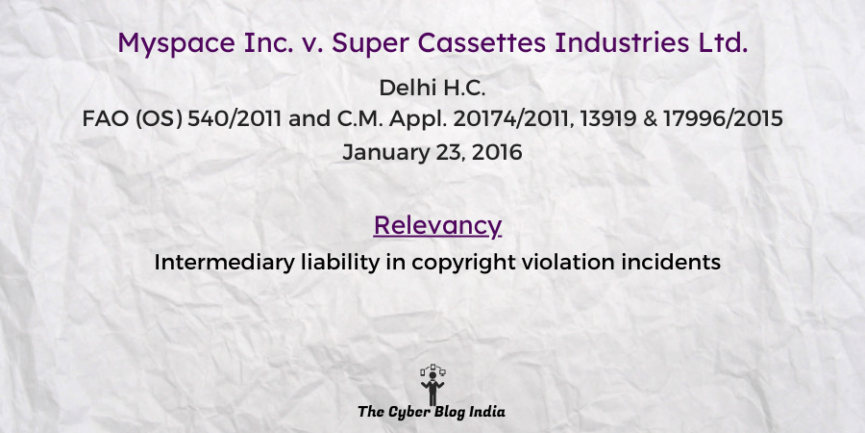 Relevancy of the case: Intermediary liability in copyright violation incidents