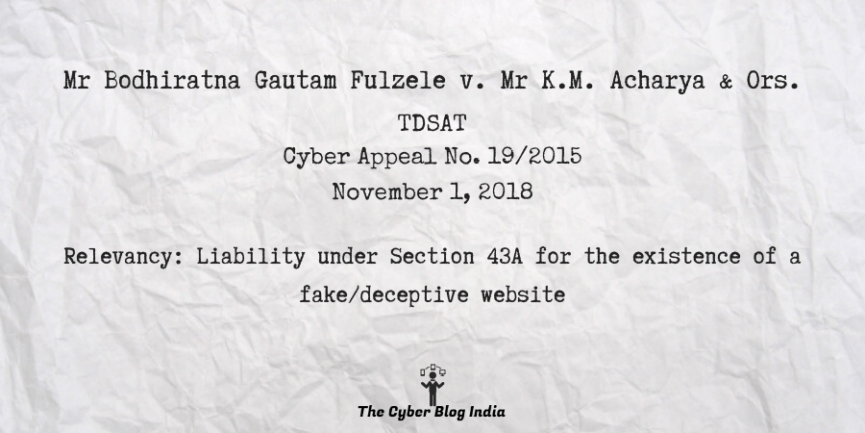 Relevancy of the case: Liability under Section 43A for the existence of a fake/deceptive website

This case summary has been prepared by Gitanjali Sadan, an undergraduate student at Symbiosis Law School, Hyderabad, during her internship with The Cyber Blog India in June/July 2020.