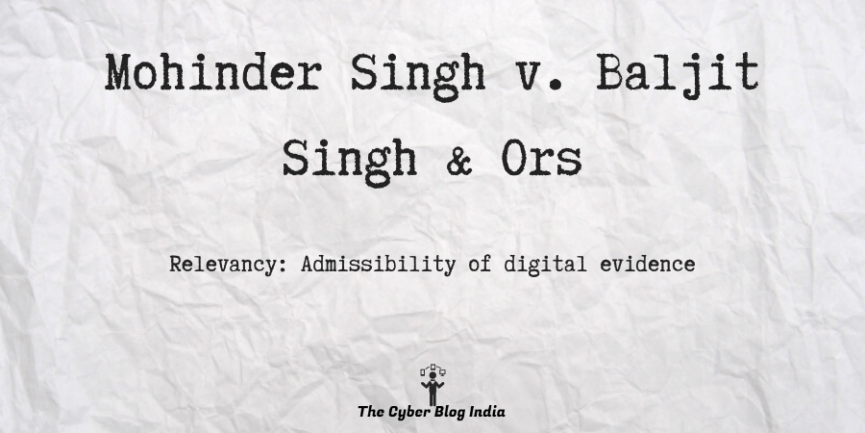 Relevancy of the case: Admissibility of digital evidence