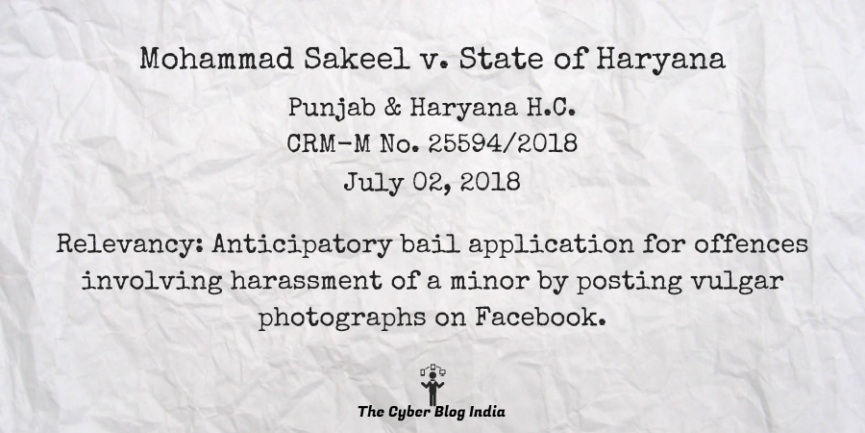 Mohammad Sakeel v. State of Haryana
In the High Court of Punjab and Haryana
CRM-M 25594/2018
Before Justice Gurvinder Singh Gill
Decided on July 02, 2018

Relevancy of the case: Anticipatory bail application for offences involving harassment of a minor by posting vulgar photographs on Facebook.