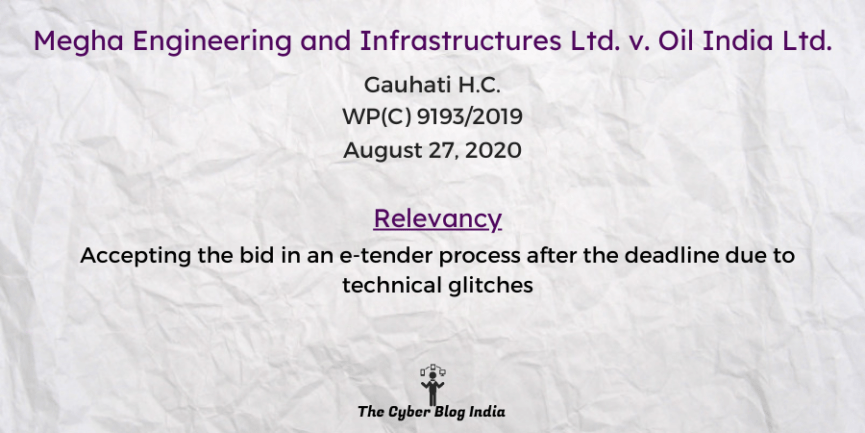 Relevancy of the Case: Accepting the bid in an e-tender process after the deadline due to technical glitches