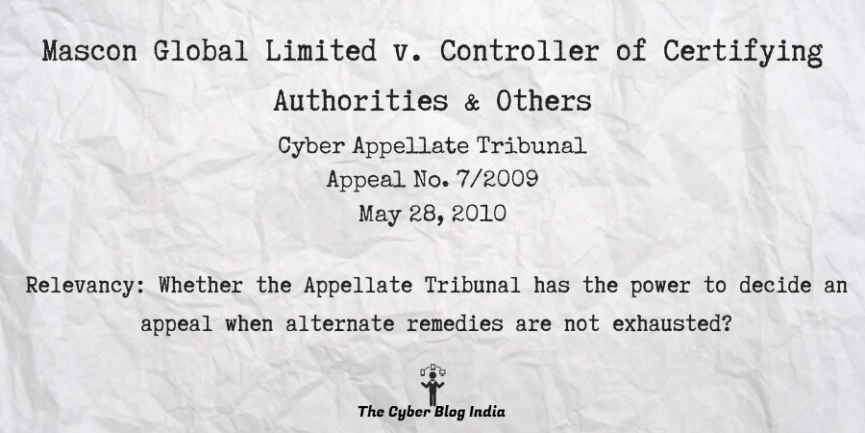 Mascon Global Limited v. Controller of Certifying Authorities & Others
In the Cyber Appellate Tribunal, New Delhi
Appeal No. 7/2009
Before Mr Rajesh Tandon, Chairperson
Decided on May 28, 2010

Relevancy of the case: Whether the Appellate Tribunal has the power to decide an appeal when alternate remedies are not exhausted?

Counsel for the Appellant:

Counsels for the respondents:

This case summary has been prepared by Akshara Kamath, an undergraduate student at Symbiosis Law School, Hyderabad, during her internship with The Cyber Blog India in June/July 2020.