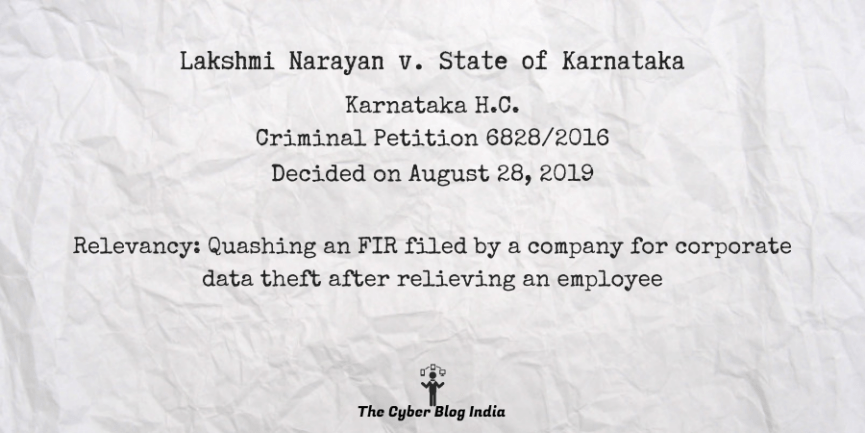 Relevancy of the case:  Quashing an FIR filed by a company for corporate data theft after relieving an employee