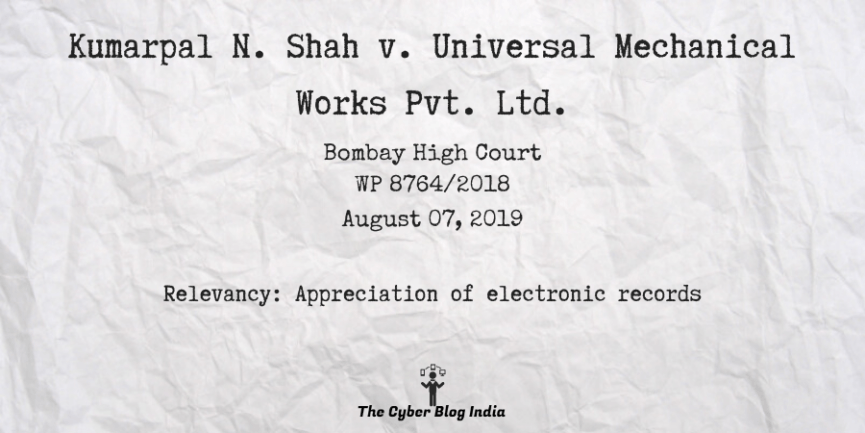 Relevancy of the case: Appreciation of electronic records.