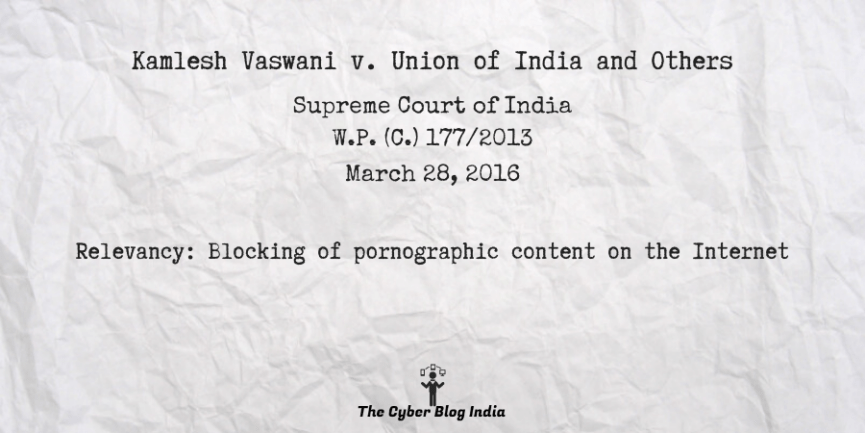 Relevancy of the case:  Blocking of pornographic content on the Internet

Counsels for the Respondent: