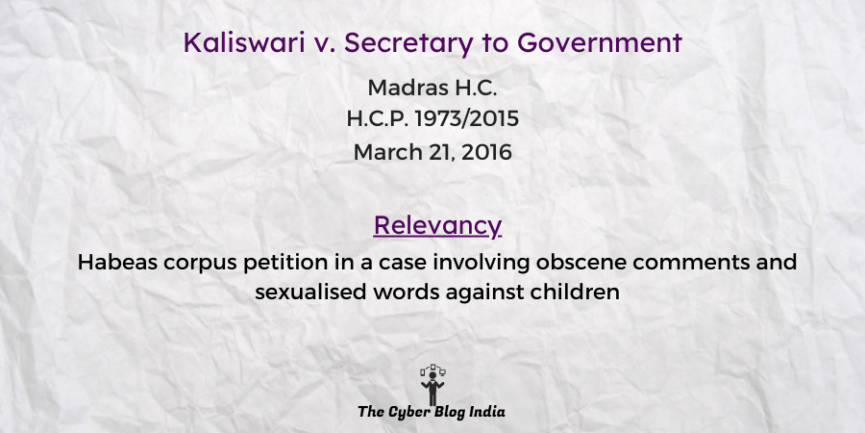 Kaliswari v. Secretary to Government
In the High Court of Madras
H.C.P. 1973/2015
Before Justice S. Nagamuthu and Justice M. Sathyanarayanan
Decided on March 21, 2016

Relevancy of the case: Habeas corpus petition in a case involving obscene comments and sexualised words against children