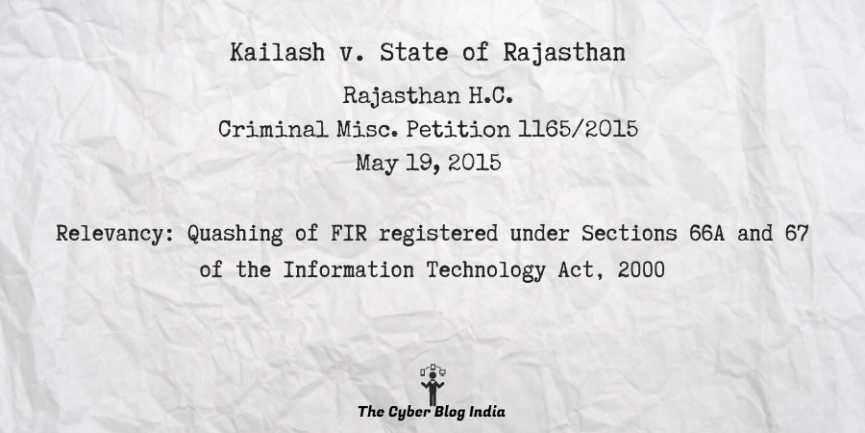 Kailash v. State of Rajasthan
In the High Court of Rajasthan
Criminal Misc. Petition 1165/2015
Before Justice Vijay Bishnoi
Decided on May 19, 2015

Relevance of the case: Quashing of FIR registered under Sections 66A and 67 of the Information Technology Act, 2000.