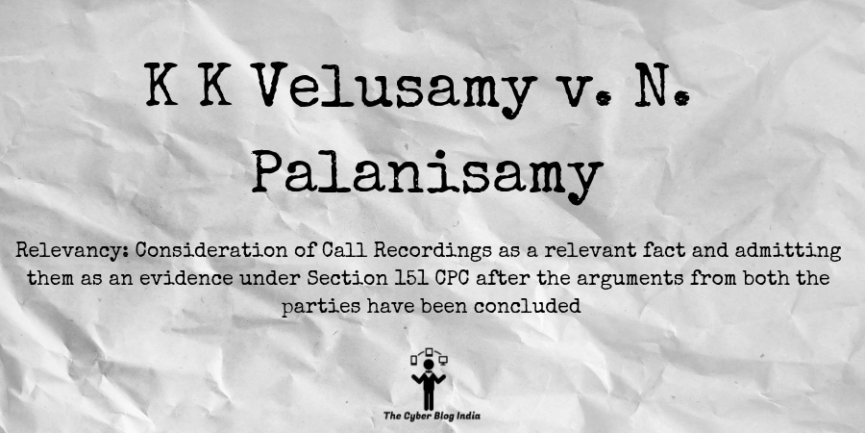 Relevancy of the case: Consideration of Call Recordings as a relevant fact and admitting them as an evidence under Section 151 CPC.