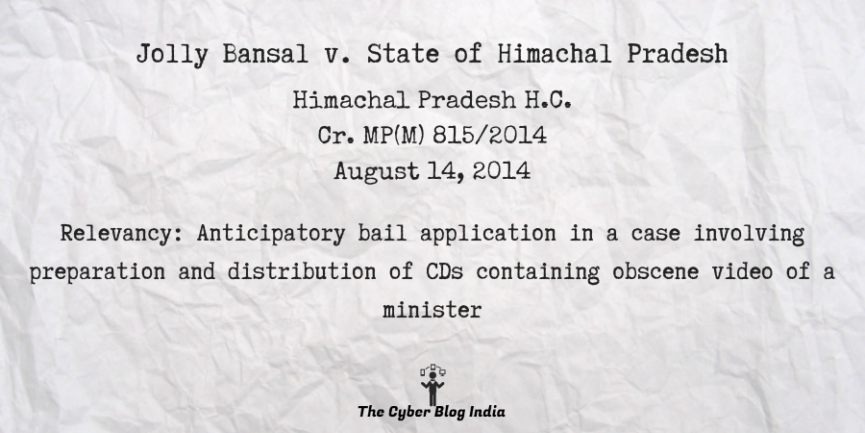 Relevancy of the case: Anticipatory bail application in a case involving preparation and distribution of CDs containing obscene video of a minister