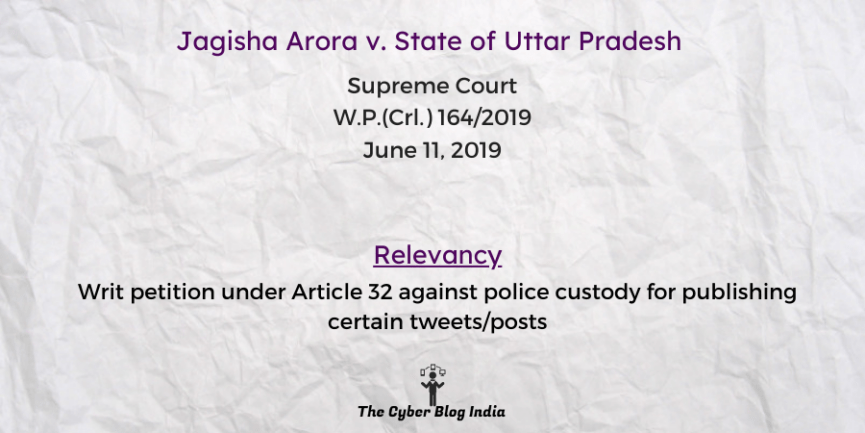 Relevancy of the case: Writ petition under Article 32 against police custody for publishing certain tweets/posts