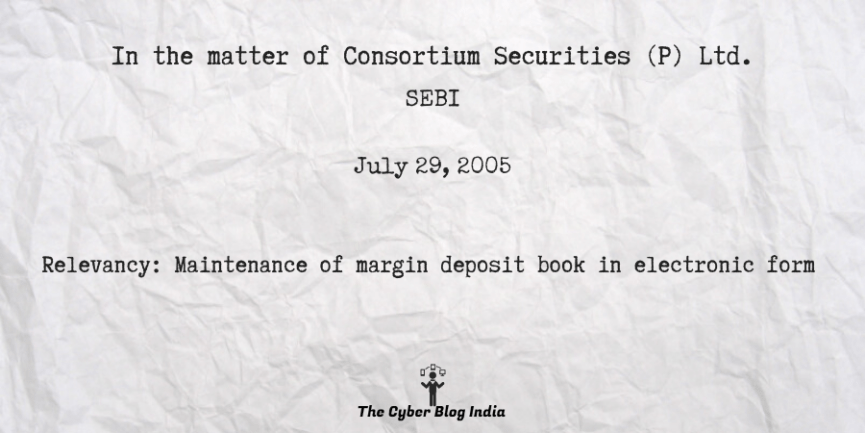 In the matter of Consortium Securities (P) Ltd.
The Securities and Exchange Board of India
Before Ms Raj Rani Bhalla, Adjudicating Officer
Decided on July 29, 2005

Relevancy of the case: Maintenance of margin deposit book in electronic form.