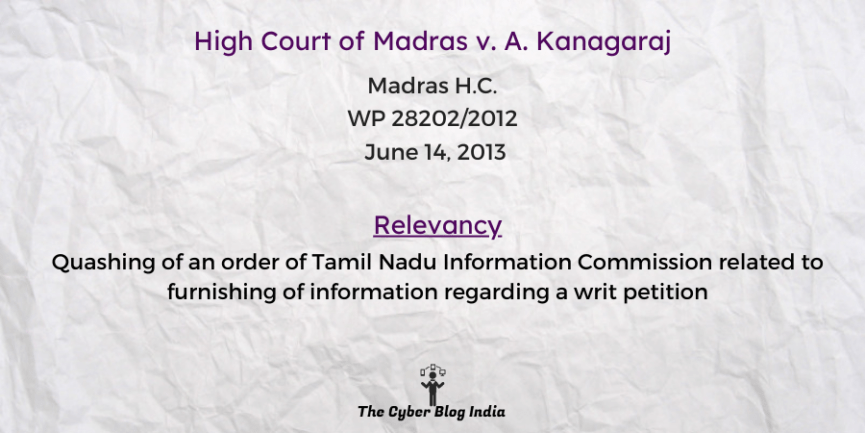 Relevancy of the case: Quashing of an order of Tamil Nadu Information Commission related to furnishing of information regarding a writ petition