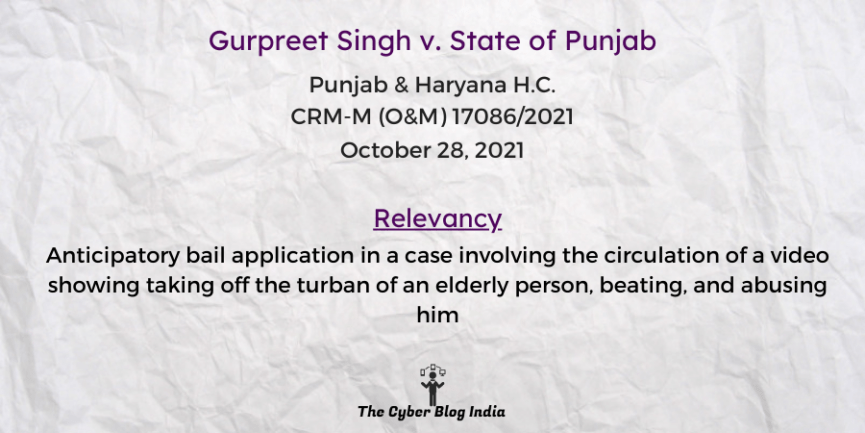 Relevancy of the Case: Anticipatory bail application in a case involving the circulation of a video showing taking off the turban of an elderly person, beating, and abusing him

T S V S Nivedita, a postgraduate student at O.P. Jindal University, prepared this case summary during her association with The Cyber Blog India in January 2022.