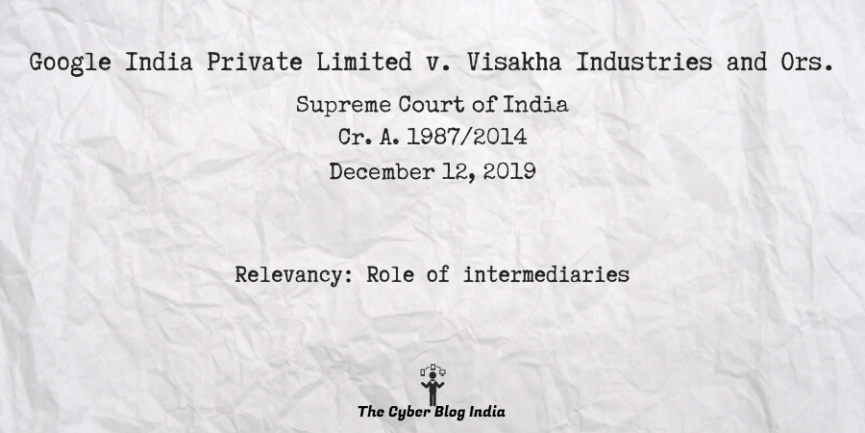 Relevancy of the case: Role of intermediaries

The appellant is asking the court to decide a point which is not even raised before the High Court. The exact same ground was taken before the High Court, relates to the inability of the parent company to remove the post without a court order. However, the bench feels that this is a question which can be independent of the non-availability of the protection under Section 79 of the Act in its erstwhile avatar, as pursued by the Appellant. This is a matter which we leave it open to the Appellant to urge before the Court.

One Comment on “Google India Private Limited vs. Visakha Industries and Ors.”