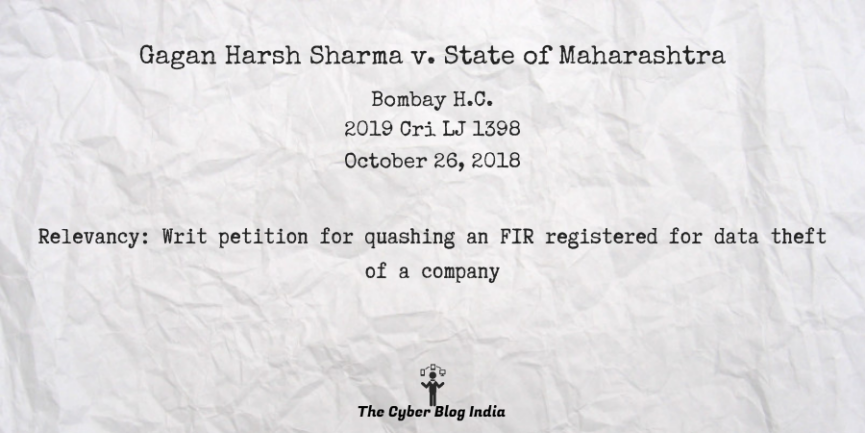 Relevancy of the case: Writ petition for quashing an FIR registered for data theft of a company