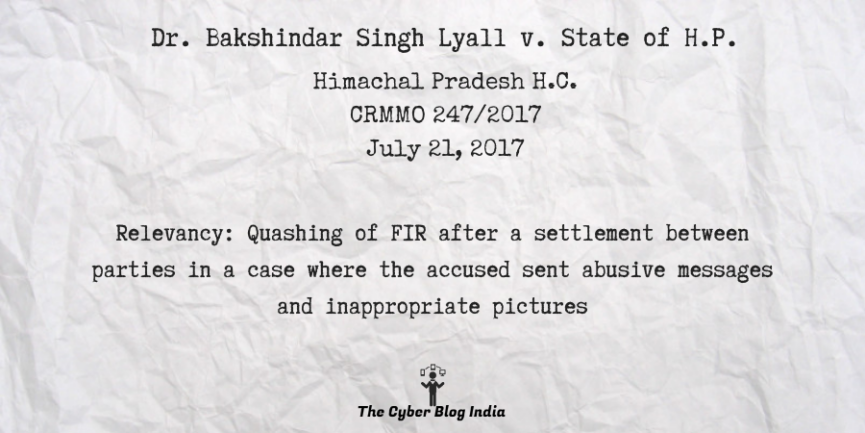 Relevancy of the case: Quashing of FIR after a settlement between parties in a case where the accused sent abusive messages and inappropriate pictures