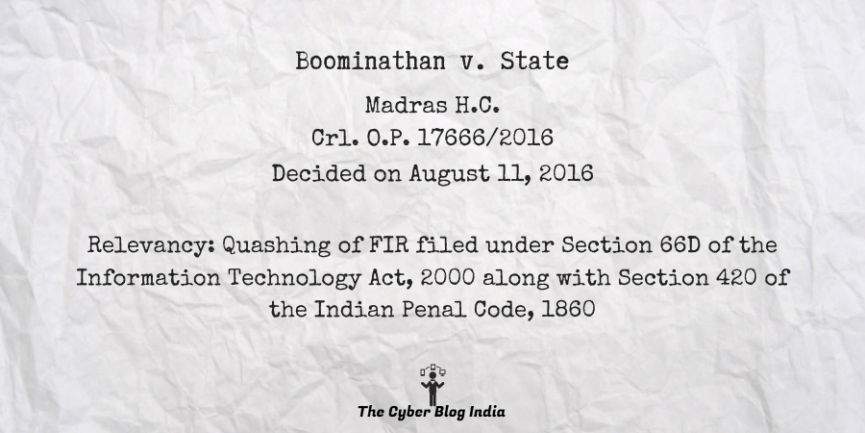 Relevancy of the case: Quashing of FIR filed under Section 66D of the Information Technology Act, 2000 along with Section 420 of the Indian Penal Code, 1860