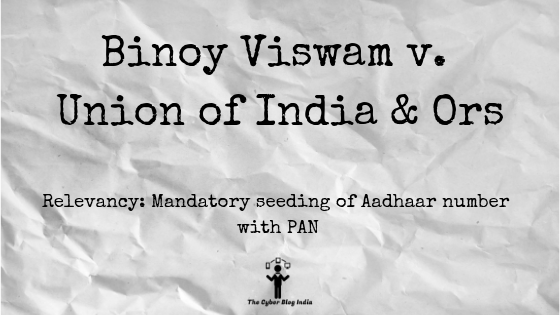 Relevancy of the case: Mandatory seeding of Aadhaar number with PAN