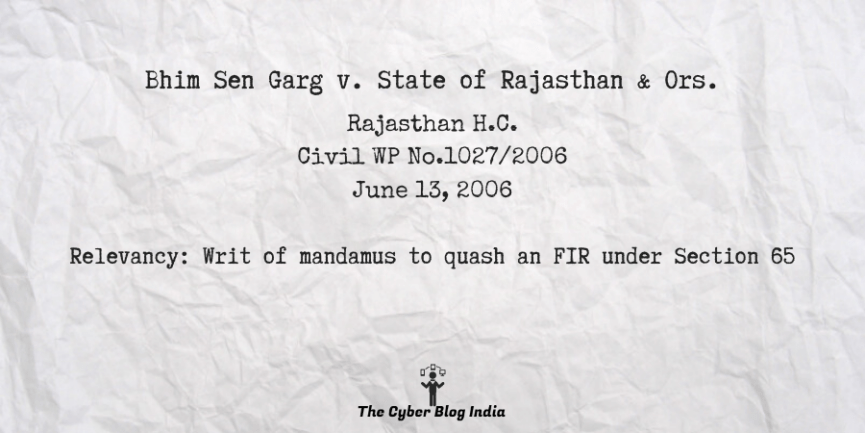 Relevancy of the case: Writ of mandamus to quash an FIR under Section 65

Mr Bajwa, Counsel For the petitioner