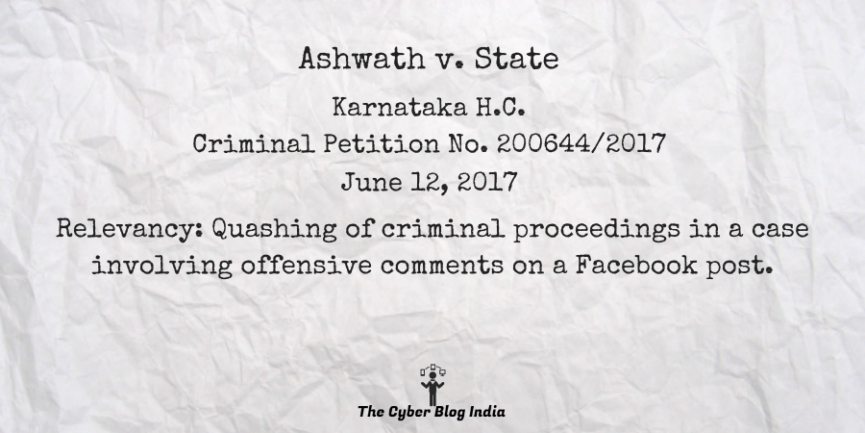 Relevancy of the case: Quashing of criminal proceedings in a case involving offensive comments on a Facebook post.