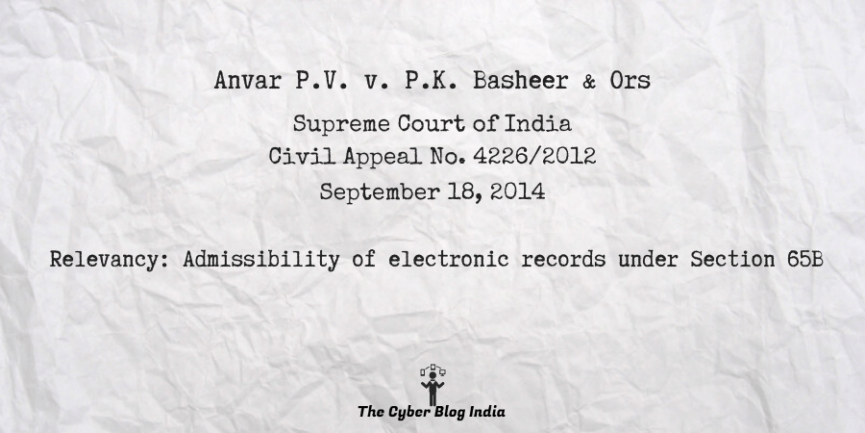 Relevancy of the case: Admissibility of electronic records under Section 65B

Mr. Vivek Chib, Counsel on behalf of the Appellant:

Mr. Kapil Sibal, Counsel on behalf of the Respondent: