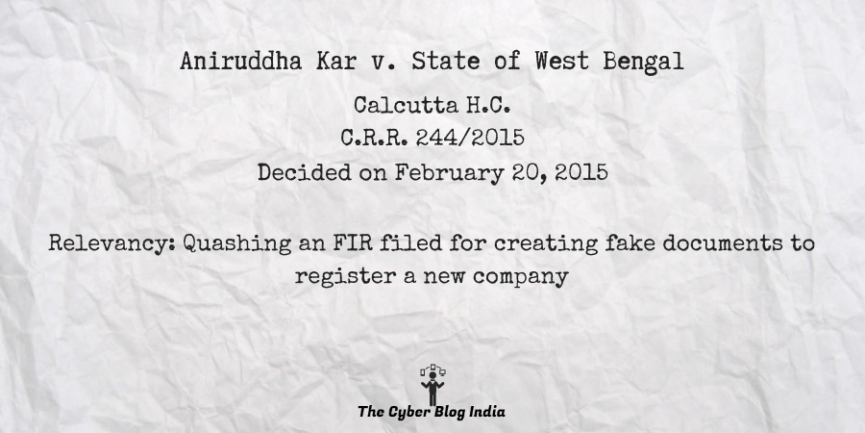 Relevancy of the case: Quashing an FIR filed for creating fake documents to register a new company