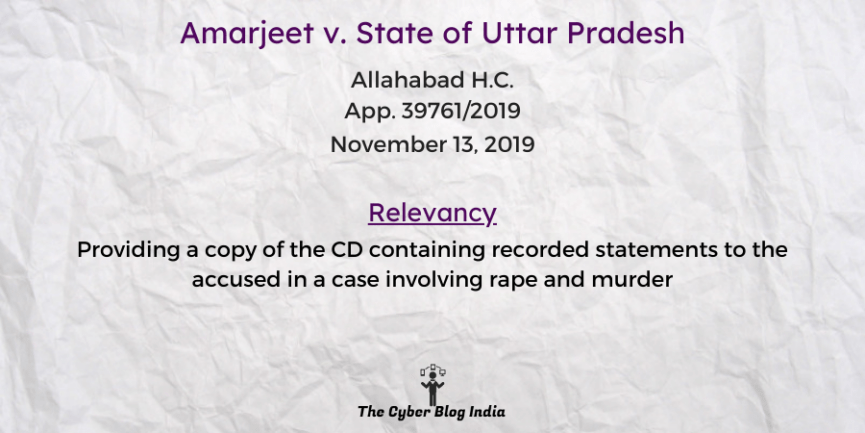 Relevancy of the case: Providing a copy of the CD containing recorded statements to the accused in a case involving rape and murder

This case summary has been prepared by Loreal Sahay, an undergraduate student at University School of Law and Legal Studies, GGSIPU, during her internship with The Cyber Blog India in January/February 2021.