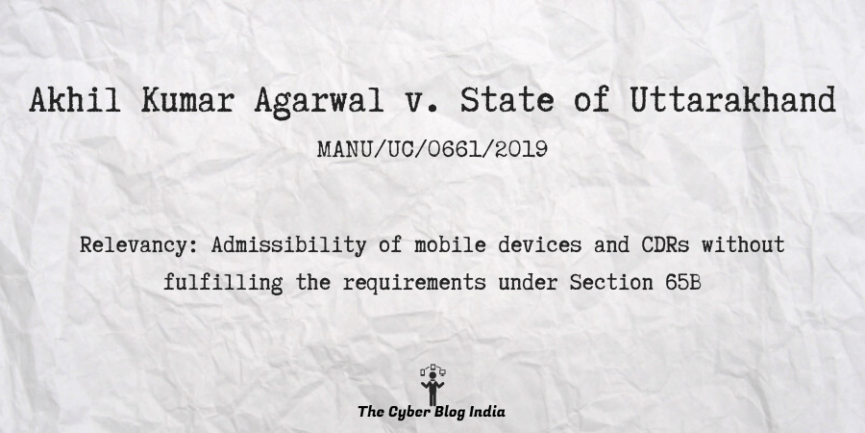 Relevancy of the case: Admissibility of mobile devices and CDRs without fulfilling the requirements under Section 65B