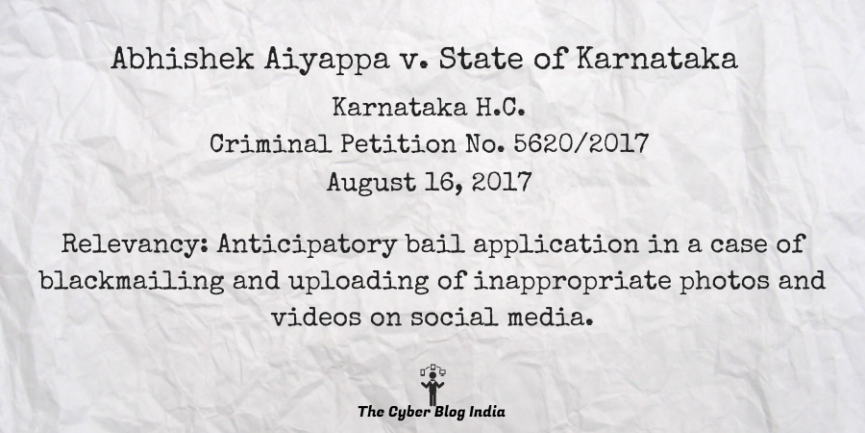 Abhishek Aiyappa v. State of Karnataka
In the High Court of Karnataka
Crl.P. 5620/2017
Before Justice Rathnakala
Decided on August 16, 2017

Relevancy of the case: Anticipatory bail application in a case of blackmailing and uploading of inappropriate photos and videos on social media.